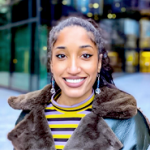 Christelle Alaby is an English and French-speaking Astrologer, Teacher, and Broadcaster. She studied BSc psychology and completed a post-grad in Transpersonal psychology, Consciousness and Spirituality. Christelle resides in London UK where she lives with her teenage son and works as Senior Young Carers Practitioner and Outreach Lead in London. She is a keen traveler and student and spends much of her time exploring myths, human behaviour and astrological patterns. Christelle also provides private consultations, teaches introduction to Astrology/Intermediate Courses and Co-Hosts on “Star Struck” Dash X Radio. 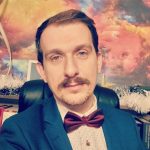 Christos Archos was born in Athens in 1982 and his interest in astrology started very early. After having completed his undergraduate studies at the University, he completed his postgraduate studies in Counseling Psychology and Clinical Psychology and subsequently gained specialization in Cognitive-Behavioral Therapy. He has worked extensively on psychological astrology, synastry, and human relationships in general, but also on the personal development of the people around him. He is a successful  Greek astrologer in newspapers, tv, and radio while he has the biggest Greek YouTube astrology channel. Since 2004 he has been teaching, lecturing, and counselling, and he is the Director of Mediterranean and Balkan Institute for Astrological Research. 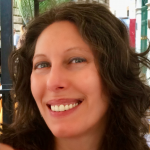 Lori Barnes is a bi-continental astrologer living in Rome, Italy and in Illinois in the US. Her never ending love of learning and adventure has taken her from Chicago to New York, Palm Springs, San Diego and Rome, Italy. She has earned a BA in business, MA in psychology, and an MA in marketing. With a 14 year clinical career as a licensed therapist (MFT) and non-profit program director, she made the move to private practice as a professional astrologer. Now she helps people get in alignment with their values and build on their strengths by mixing positive psychology and astrology. Lori started in modern and psychological astrology in 1994, and has moved into traditional and hellenistic astrology since 2017 for an eclectic astrological approach. 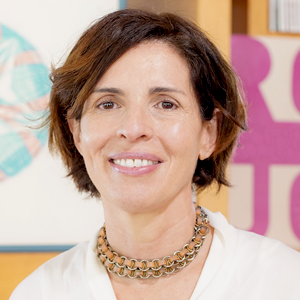 María Blaquier was born in Argentina, in 1967, and has been involved with astrology since
1987. She’s the founder of the online astrology school Academia de Astrología Avanzada Maria Blaquier. Her studies include psychological astrology, Draconic, Medieval Astrology (MDA Zoller2012), Hellenistic and Horary (STA). Publications include several articles in The Astrological Journal, Stellium, IAMINFINITY, and a book on Traditional astrology and Time Lord techniques. For the last decade, she has been working intensely on a research project on how to differentiate charts of twins by using draconic astrology. 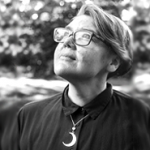 Laura Campagna (she/they) is a writer, artist, and activist turned astrologer born and raised in Boston, MA. She holds an MFA in Creative Writing from Emerson College, and a BA from Antioch College in Cultural Studies with a focus on mythology of the divine feminine. Laura is an intersectional feminist witch, practices energy healing, reads tarot, and believes in the power of storytelling to shape and save lives. She publishes on the connections between social justice, astrology, queerness, and magic. 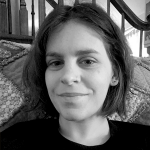 Gin (she/they) is a Canadian cosmic broadcaster, curator, and mental health advocate with deep roots and heart in Detroit, Mi; her creative pursuits are intimately intertwined with her astrological practice. She is currently immersed in a graduate program for Psychodynamic Psychotherapy in Toronto. Gin cultivates zenith fulfillment through efforts to elevate the work of fellow members of her beloved community. She is the founder and organizer of the online astrology event board, Cosmic Soup // Soupe Cosmique. She hosts the radio show STEP01 which features a cosmically informed music-variety-show series on n10.as radio via Montréal. 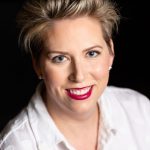 Ali Gully is the voice and visionary behind Ascent Astrology. She blends her background in therapy and passion for Hellenistic astrology into her work. With a masters in social work and a masters in organizational psychology, she brought a new perspective into pediatric healthcare administration. She has taught many classes in crisis management, self-care, and building relationships. Ali is a member of several professional astrological organizations including the AFA, OPA, AFAN, and NCGR. Ali lives with her husband, son, daughter and Scottish Terrier in Wisconsin.

Giulio Pellegrini is an astrologer and technology consultant based in Palm Springs, CA. His astrology work seeks to bring visibility to the inner realms of psyche and soul by investigating the spaces that intersect traditional and modern astrology with esoteric psychology, art, music, and science. Giulio studied with The Faculty of Astrological Studies and is a certified horary practitioner, STA. He has lectured and taught workshops at international conferences and regional astrology groups and currently serves as Presiding Officer for the Association for Astrological Networking (AFAN). Giulio is a Senior UX Designer for a major technology company and has over 20 years of experience helping corporations and small businesses excel in graphic design, marketing communications, and web technologies. 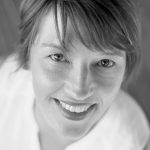 Alicia Yusuf is an Astrologer (Dip. Astrology), Counsellor (Voc. Grad. Dip Counselling) and Scientist (B Sc.). Fascinated by both astrology and astronomy as a child, it is now her life passion. She formalized her astrology studies in 2005 and has worked with clients ever since, blending counselling skills with her astrology understandings to consult, teach and write. She also co-hosts The Water Trio astrology podcast. Alicia has been on a number of NFP boards in a volunteer role, including the Red Cross and environmental organization OzGreen. She enjoys blending her practical administrative skills with her passion for astrology to support the work of AFAN and the astrological community as a whole.